Â Rage 2 is in a unique place in the sense that its predecessor was little more than a tech showcase for Id Tech 5. Admittedly, I never picked up the title, nor felt that I was missing out on something in not doing so. But, ever since the first couple reveals and the more we got to see of Rage 2, something just absolutely piqued my interest. Be it the visual similarities and carplay to Mad Max (Avalanche Studios), or the assumption that the sublime gunplay from the most recent Id title, Doom, would make its way over, there were enough connections to encourage me to want to jump into the sequel.

Â Rage 2 is set in a vast dystopian wasteland, not at all unlike that of Mad Max, but the seven distinct regions do a fantastic job of somewhat fending off the laborious task of traveling large distances within the wasteland. Not only do the environments physically look different, their inhabitants make each one feel unique from the next. Whether it be the techno-centric Iron Shrouded that inhabit the expansive yet empty sand landscape, or the Sekreto Wetlands which is a land swathed in marshlands featuring a more stereotypical band of rural people named River Hogs, each location has an entirely different vibe. Not all locations are as lived in and lively as some of the bigger towns, such as Wellspring and Gunbarrel, but each does enough to make itself unique. Strangely enough, however, Â the game didnâ€™t seem to have the clarity of its predecessor. It looked good for the style they were going for, but I still felt the visual fidelity could be amped up a bit.

Â The feel of each area extends to its characters; although, it pretty much stops at the main characters and drastically trails off from there. Where as most of Rage 2â€™s deep lore cuts stem from data pads, the onus is really on the player to discover these data pads that are spread out all throughout Rage 2. To the gameâ€™s defense, it does make these a bit easier to find by providing a relatively early optional unlock of a radar of sorts that generally leads you right in front of the data pad. Further pushing the drive to discover these data pads, often as wacky as youâ€™d expect lore to be from the inhabitants of Rage 2, is that they provide intel which unlocks places to explore on the map. The main characters, in themselves, are fleshed out quite well. From the Mayor of Wellspring, Loosum Hagar, to the decrypt crazed doctor-riding-a-malformed human (we think), Dr. Kvasir, to resistance leader, John Marshall; these characters Â are interesting, voiced well and seem to hold this whole redemption arc together. As for the other characters, they really are just vessels to propel the lead through his (or her) onslaught to killing anything and everything in a variety of ways. 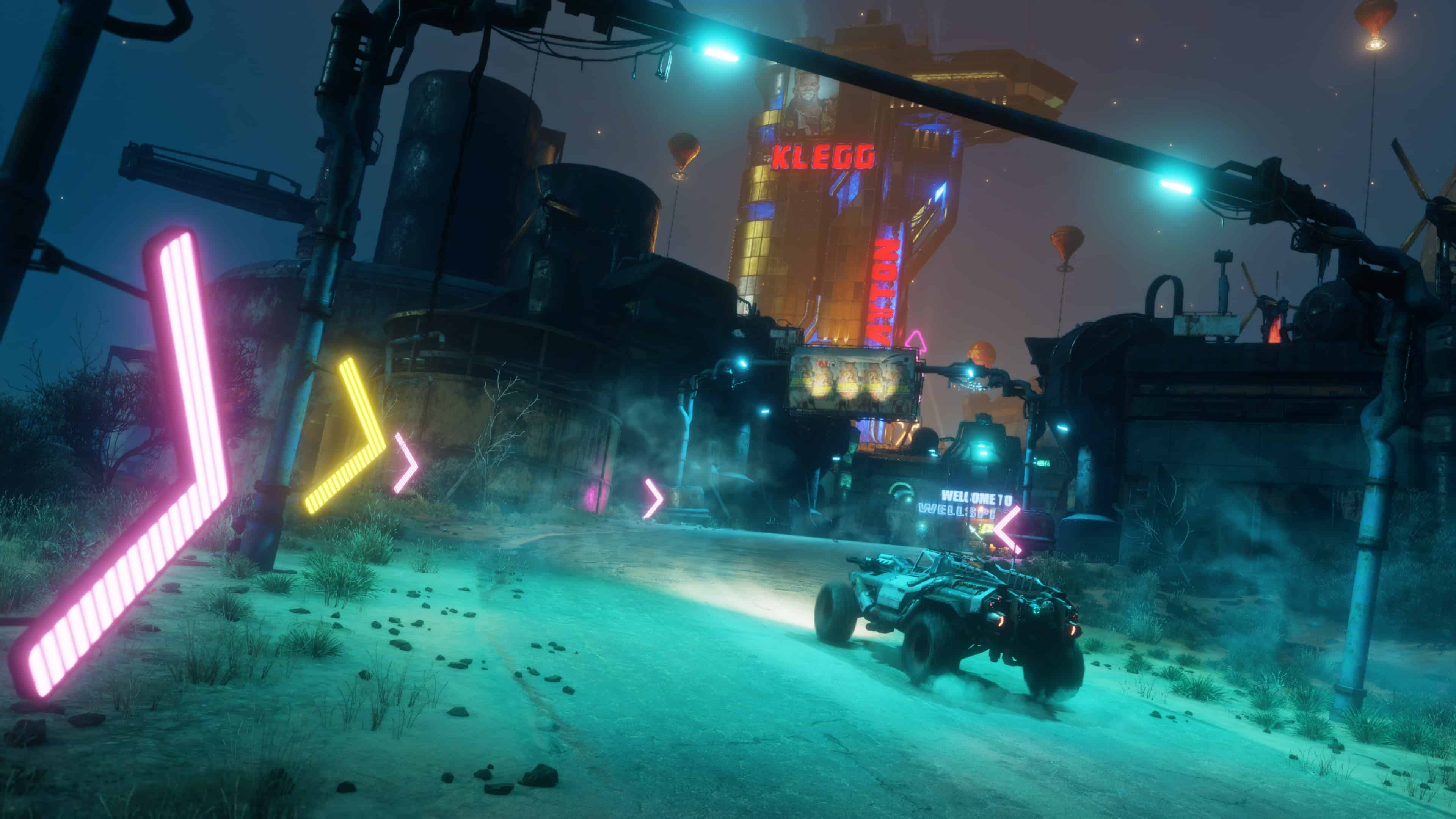 The main campaign takes you across the map, literally multiple times back and forth, as your character (Walker, the last surviving Ranger) works with the resistance to rid the wasteland of The Authority and General Cross. The details are expressed through various allies, but none of it was all that engaging. A lot of the story missions culminated into clearing out an area, and killing off a boss by shooting the glowy bits. As much as the ending of main missions seemed to falter (and the forced final missions that forces you into a slow-moving tank for a vast majority of the time), gunplay is still the real star of Rage 2, no matter that the boss sequences were a bit of a let down.

Â While Rage 2â€™s story and overall lore may not be expressed as one would hope, there is no doubt that the times where you are gunning and ability-ing your way through various enemies, are the star of the show. In my 20ish hours of play, not once did I get bored of discovering unique ways to combine weapons with abilities to creatively shred through enemies. They make the game absolutely shine. The gunplay in itself feels so natural and provides such feedback both visually (such as turning the cross hairs into a skull when an enemy is killed) and audibly (is it bad if I enjoyed the squishing sounds of enemies being gravâ€™d to a wall?) that every gun felt it had a place. I cannot place enough emphasis on how important that visual cue is. Often times, the action sequences are so chaotic that it’s hard to see enemies past the blood, that and in a handful of instances, there was a micro stutter when utilizing a combination of abilities. Nothing gamebreaking, but present 5-6 times throughout my time with the game, Even the starting pistol (Sidewinder) which allows for semi-auto fire when aiming down-the-sites and a burst fire when hip firing has its place in Rage 2.

Â Not the most powerful, but serviceable in many situations.Your typical mainstays make an appearance here and are often the most effective in most situations, that being the Ranger Assault Rifle and the combat shotgun. Where they are effective, if not a bit rote, (admittedly ADS while using the shotgun provides a massive push-back effect which is AMAZING) the other weapons in Rage 2â€™s arsenal will easily put a maniacal grin on your face. From the firestorm revolver (allowing you to put rounds in them and then trigger them to explode with the alt fire), to the Charge Pulse Cannon that melts through your enemies to the Grav-Dart Launcher (allowing you to plug darts into enemies or exploding barrels and fling them around with your alt fire), these weapons allow for all the fun and experimentation in Rage 2. That bloody, bloody fun. 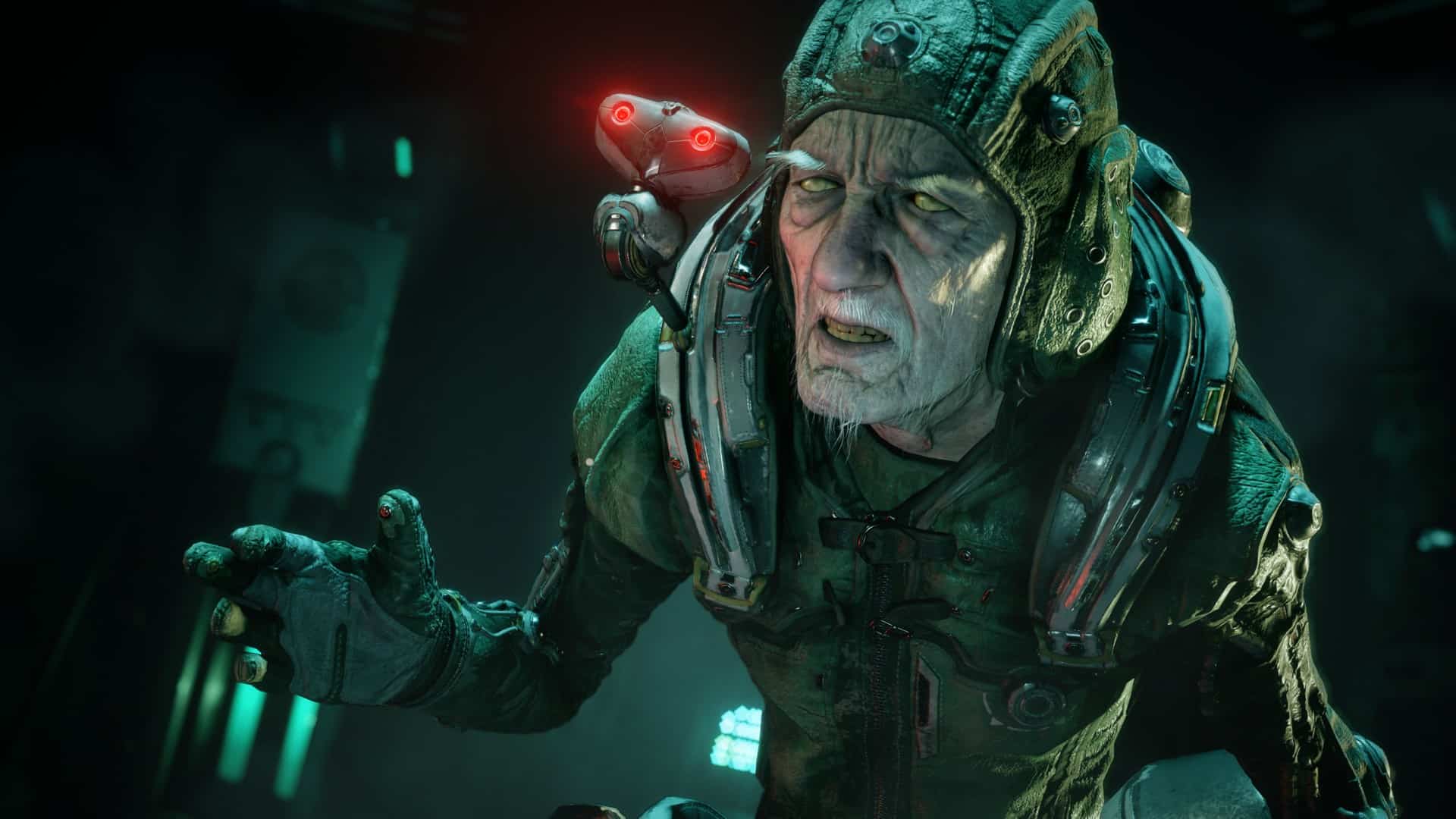 Â The way Rage 2 deals with guns and most of its abilities is also a perfect way to be able to feel the evolution of the game while encouraging experimentation. Both guns and abilities are hidden within Arks spread across the Wasteland. Often fortified by enemies, once you access Â the specific Ark, you receive an ability or weapon. These Arks are hidden but become visible once you get close to them on the map or via intel from data pads or talking to NPCs. The Arks seem spaced out so well that you donâ€™t spend more than 1-2 hours before obtaining a new ability or weapon. Add on top of that the immense upgrades / modifications you can do to both weapons and abilities, and you never have the tedious feeling of clearing out bandit camps Â across the wasteland.

Â The fear of games forcing you to level before powering through the main storyline is present here, albeit not ever feeling cumbersome or overwhelming. The story sets up three main people you have to complete tasks for, each with their own colors on the map. They break down as follows: John Marshall (Kill & Destroy – think clearing out bandit camps), Loosum Hagar (Capture and Control – such as clearing out roadblocks) and Dr. Kvasir (Search & Recover – recovering technology used throughout the main campaign). You must complete their missions to reach level 5 to advance the mainÂ campaign (Project Dagger). Usually, this would be a big road block for me; grinding in a game to advance a story that probably doesnâ€™t need it. However, not only does it make sense to do here because it provides some story related and zany moments, but it leads you to more useful upgrades within their character trees (think of quality of life upgrades based on their type of missions) including upgrades to abilities, weapons and cars. Yes. This wouldnâ€™t be a post-apocalyptic game if you didnâ€™t have vehicles outfitted with tank-like weaponry. 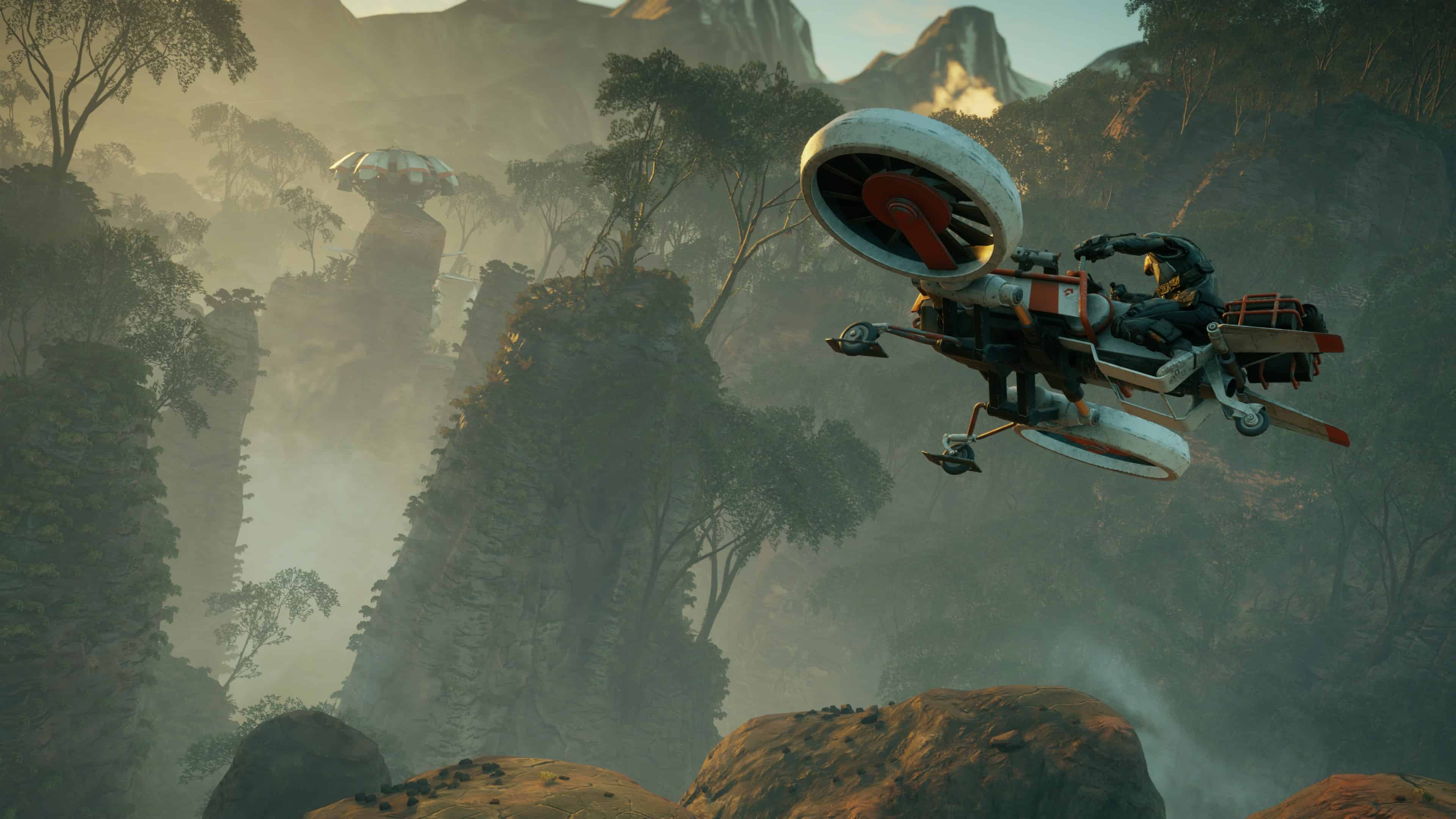 Â Ironically, you really do start out with the best land-based vehicle in the game, and itâ€™s the only one that is upgradeable with its auto specific upgrade points. The vehicles are a godsend due to the fact that the only fast travel points are at major settlements clustered near the middle of the map. You might have noticed the word is land-based, there is one vehicle that cuts travel times in half, or more, yet somehow does a disservice to what was built throughout the world at the same time. That is none other than Icarus, a quadcopter. Once you reach a high enough level from one of the three main people, Dr. Kvasir in this case, you essentially have the ability to skip any and every fight along the way to your destination by flying over them. Convenient?100{3a19833c997fa52158a43c449fe089ff048ac0506a335cac10721cfa396ff282}. But it almost feels a bit too convenient. Surely, this might have been mitigated if the overall world was a bit more lively. With only minor settlements here and there and barely any other traffic across destinations, the game almost encourages the use of a somewhat game-breaking vehicle. It definitely feels like a wasteland, but when there is the option to skip past the non gunplay parts, who wouldnâ€™t take it when the gunplay is the defacto best aspect of Rage 2?

Â When there are multiple currencies, upgrades and components, things can get a bit confusing, especially since the menus are a bit sluggish. Itâ€™s overly complicated at times, but it does get to a point where you realize you have a ton of upgrades and dump them all into your character at once. The gameâ€™s difficulty on normal is suited for those that want a slim challenge to begin but can easily play out a power fantasy within a couple hours. The final oddity with Rage 2? Microtransactionsâ€¦ for a single player game. They seem to be restricted to gun skins (like golden skins), but it feels like a tacked on â€œfeatureâ€ left on the cutting room floor. Maybe it was throwing something at the wall because any additional money that can be made is a plus for the devs, but it really didnâ€™t make any sense here.

A code was provided by Bethesda PR for this review.Â

The Dark Pictures Anthology: Man of Medan Set to Release This Summer

The Dark Pictures Anthology: Man of Medan Set to Release This Summer