While Cliff and Larryâ€™s spirit are trying to save Jane, Rita and Vic deal with a different hairy situation. Sorry, I couldnâ€™t help it. Ernest Franklin is known as The Beard Hunter, and he is possibly the most repulsive character weâ€™ve seen yet. We also got to see a little bit further into the past life of Niles Caulder.

Ernest Franklin is grocery shopping when the Bureau of Normalcy finds him and activates the Beard Hunter. When Darren Jones failed to report back after going after Danny Street, the Bureau is sending Ernest to find Niles. So Ernest leaves his motherâ€™s basement and goes on his quest. When he finds the mansion, he digs some hair out of one of the bathroom drains. In order to make his powers work, Ernest must eat the essence of Niles. Seriously, this characterâ€™s power is just disgusting. Of course, he passes out in the process and wake up to find Vic and Rita staring at him.

Vic and Rita tell the Beard Hunter that Niles canâ€™t help him, but Ernest says that Niles is a false god. He says that finding Niles wonâ€™t fix anything. He knows how to find Niles but doesnâ€™t seem to want to share. While Vic and Rita try to figure out what to do with Ernest, he gets a hold of one of Vicâ€™s hairs and consumes his essence. Itâ€™s gross just thinking about it. Ernest says that someone else is in Cyborgâ€™s system. Then, his arm cannon is activated, and Vic canâ€™t seem to get it to quit. 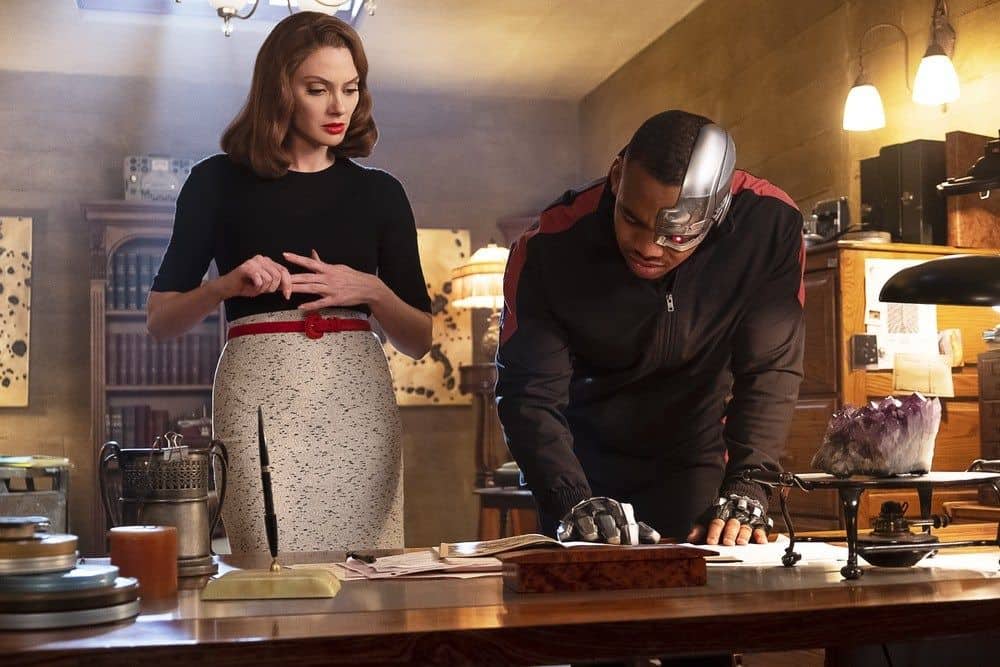 Meanwhile, we get to see Niles as an explorer. In 1913, Niles was exploring the Northern Yukon Territory for a strange creature. Niles and his partner, Alistair, work for the Bureau of Oddities. When Niles and Alistair are attacked, Niles is hurt and dragged to a cave by the creature. Later, he meets a woman. He tries to befriend her, but she doesnâ€™t want to trust him, despite nursing him back to health. Niles initially wants to bring the woman home with him. She would be good for their collection at the Bureau of Oddities, whatever that means.

Soon, he realizes that this woman has lived for many lifetimes and is immortal. She has a psychic connection with the creature. Niles decides to stay with the woman, whom he calls Oyewah. He thinks she could be the answer to everything, how to create immortality. Niles stays with Oyewah for years. Heâ€™s beginning to form a romantic bond with her and seems to have accepted his new life in the wilderness, at least until his old life comes looking for him.

Niles assumed that when they were attacked, Alistair did not survive. Not only did he survive, but Alistair came back for Niles and Oyewah. Alistair no longer works for the Bureau of Oddities. â€œOdd is out, normal is in.â€ They have become the Bureau of Normalcy. While they still seek out that which is abnormal; now, they exterminate the oddities. Alistair tells Niles that the world no longer needs explorers. Niles must make a decision. He kills Alistair to keep Oyewah and the creature safe, but Alistair wasnâ€™t alone. Niles finds the camp and goes home to the bureau to let them know that thereâ€™s nothing to report. Oywah and the creature will remain his secret.

Mr. Nobody has been eavesdropping on Nilesâ€™s memories. Mr. Nobody says that day when he returned from the Yukon was the day that Niles Caulder changed forever. While Niles says that the Doom Patrol is stronger than he thinks, Mr. Nobody is sure that thereâ€™s no way they will all make it to the finish line. Mr. Nobody is interested in Oyewah, but why? The Beard Hunter is still searching for the Chief, and he finds something. It looks like the Beard Hunter found the creature.