Leave it to Supergirl to feel dissatisfied with stopping jewel thieves and bank robbers. She wants a challenge, even if the lack of crime can be seen as a compliment to her. Ask and you shall receive; Supergirl finds unfriendly aliens while searching for some missing kids. Meanwhile, Kara still isnâ€™t sure about The Guardian, but Winn has some interesting revelations. Alex and Maggie get into their first spat as a couple, and Mon-El makes a big decision.

At her day job, Kara stumbles upon the case of a missing teenager. The police just claim that sheâ€™s a runaway, but her mom knows that something bad happened. Kara decides to investigate on her own and realizes that this girl is not the only missing teenager out there. All of the teens participated in what seems to be a medical study. When Kara and Mon-El go to check it out, the doctor opens up a portal to another planet. Once Mon-El realizes where they are, he reveals the planetâ€™s nickname, Slaverâ€™s Moon. As if that werenâ€™t bad enough, this planet has a red sun, which means no powers for Kara or Mon-El.

Supergirl finds herself face to face with Roulette once again. Roulette says that she is taking human trafficking to the next level, not sure thatâ€™s something to brag about, lady. At this point, Supergirl needs some help from her friends at the DEO. Alex is distraught with worry about her sister, but Winn finds the portal. Alex wants him to come with her to an alien planet, but Winn doesnâ€™t want to be out in the field. While working with the Guardian, he faced death and did not like it. Winn is terrified of being in the field, but Alex gives him a pep talk. On the planet, he actually faces an alien and knocks him out. Of course, no one is around to see it, but Winn proved to himself that he can be in the field.

One of the reasons I love this show is for the strong and independent female characters, but I have to say that Mon-El is easily my favorite character this season. He is just so much fun, and he challenges Kara in a way that she isnâ€™t used to. He got a job at the alien bar, of which he is really proud. Kara still wants him to help people, but he doesnâ€™t understand the appeal of being a superhero.

Mon-El has been like a lost puppy on Earth, not sure what he wants to do. After deciding to follow Kara to help her with the lost kids, he realizes how good it feels to help people. When he asks Kara why she feels like she needs to be the one who saves everyone, she gives him an answer that really made him think. She tells him that they have been spared for a reason. While their planets crumbled, they survived, and she tells him that they need to keep fighting. 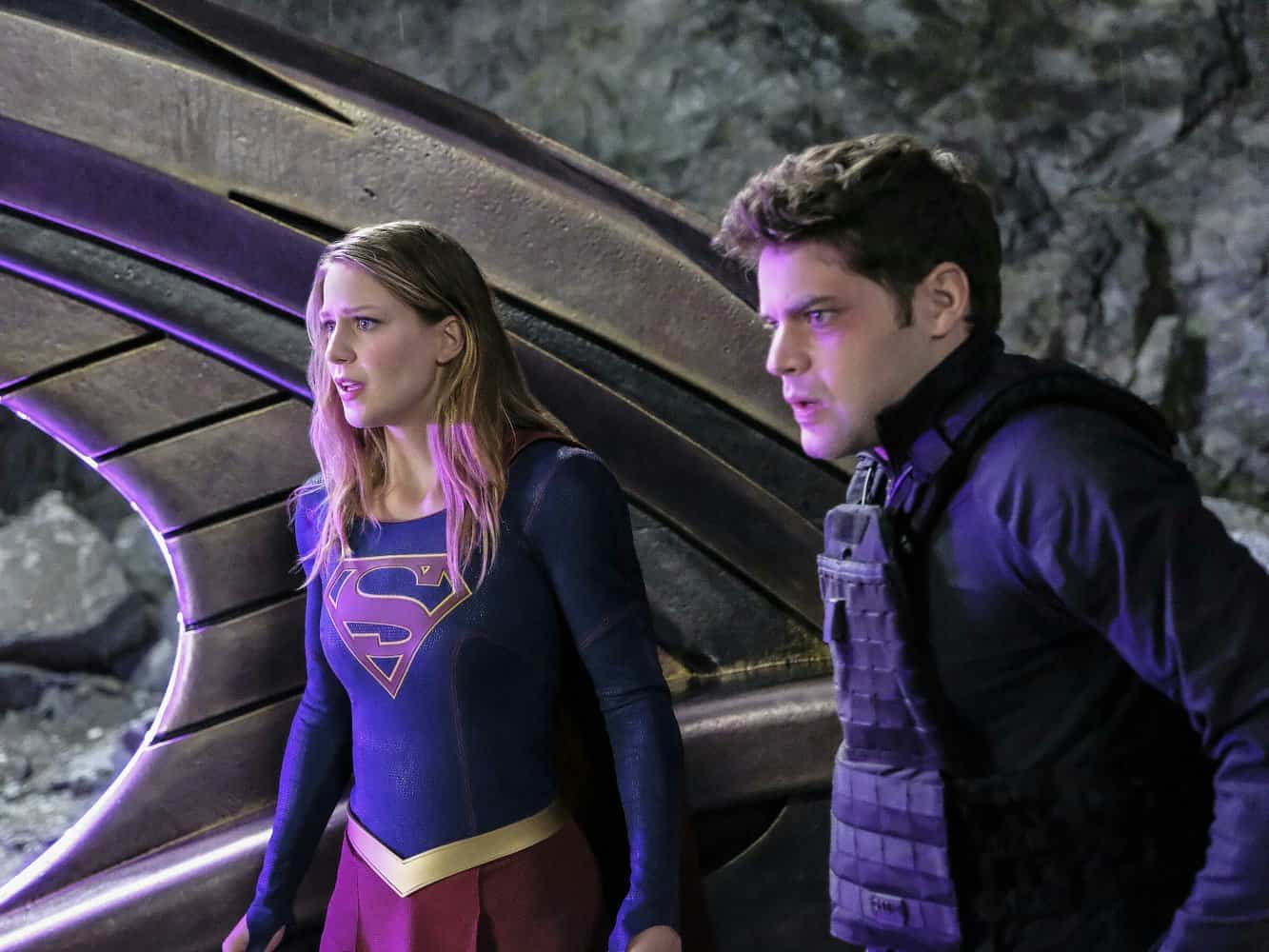 While they were saving the kids from becoming slaves to an alien race, Mon-El starts to understand why Kara fights for mankind. He was prepared to take a hit for Kara and the kids, when he was saved by an unlikely ally. A Dominator saved Mon-El and told the other alien that he was not to be hurt. The Dominator actually bowed to Mon-El and just let them escape. Who is Mon-El to them? Does Mon-El have any idea why heâ€™s special? He didnâ€™t say anything to Kara yet, but will he tell her about this strange encounter? In any case, Mon-El is ready to be a superhero. Letâ€™s hope he gets an awesome superhero outfit ASAP.

Alex and Maggie started out the episode happy and in love. Then, Alex tried to sabotage their relationship already. She was extremely short with Maggie even when she was just trying to help find Supergirl. Later, Alex tries to explain that growing up she was never allowed to think about herself. Maggie figures out that Kara is Supergirl and is more understanding of why Alex was so worried about her. I kind of think Maggie was overreacting with the whole situation, but with their fight over, Alex and Maggie can once again be happy.

Square Enix Teams Up with Marvel to Produce Games

Square Enix Teams Up with Marvel to Produce Games