The Scorpion team is starting to fall apart while trying to find a way off the island. In the beginning, the team had optimism. They found a way to get fresh water, and they were able to fish and get tropical fruit for food. Life wasnâ€™t so bad for awhile on this beach. But after three weeks of fish and coconuts, the team starts losing hope.

Cabe is the only one holding out a small bit of hope. He continues to send messages in bottles to Allie. Eventually, they all come to the realization that their time is running low. They are starting to eat all of the food source on the island, and with the changing tides, their chances of continuing to catch fish are dwindling. They need to find a way off the island. Paige goes so far as to tell Walter to drop his EQ to zero, so he can focus on finding a solution.

There are two good ideas in the camp. Walter comes up with an idea to create a change in the magnetic field using a giant magnet. It will create a tiny disturbance that science communities around the globe will be tracking. Someone will end up sending a small plane to check the disturbance, which is their chance to get a signal out to civilization. The other idea is to build a sturdy enough raft to get out into open water where they can run into large fishing vessels. Both ideas have merit, so the camp splits. 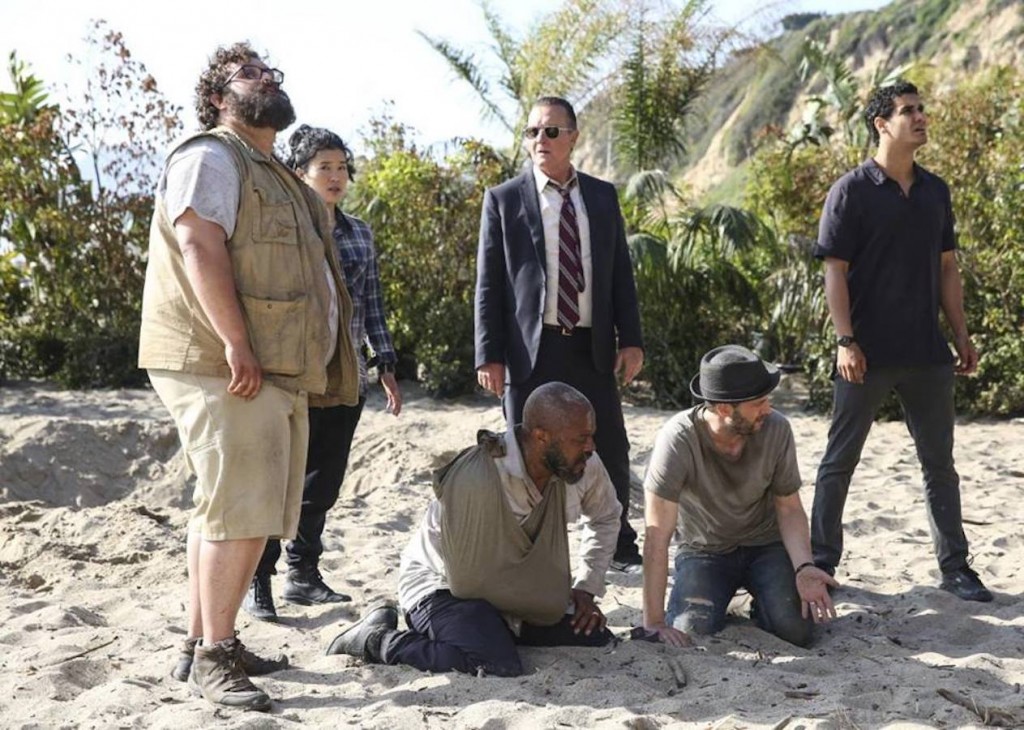 Toby and Walter are battling to hold the title for best idea. I donâ€™t think anyone, besides these two, care whose idea gets them off the island so long as they actually go home. Itâ€™s good to know that in the face of certain death, the human ego will still rear its ugly head. Both camps realize that they need to use the radio that they found in the bunker, but Sly has been hiding in the bunker for days. He has all the power, so he asks for the team leaders to each pitch their ideas. He will pick the best idea that will get them off the island, and that group can have the radio.

Sly listens to both stories, but he has some information that they have been hiding. The groups were working together behind their leadersâ€™ backs. Happy was working with Walter, but she built the design for the raft. Paige was helping Toby with the raft, but she also snuck something to Walter. Everyone just wanted to increase their odds of survival, but Sly lets them know that both plans are doomed to fail. They failed to see that when they worked separately their plans wouldnâ€™t work. They need to work together.

Ralph decides to take matters into his own hands and tries to get the magnet to work. What he doesnâ€™t realize is that the magnet could explode. Scotty risks his life to save Ralph, but it caused a sand pit on the beach. Thankfully, the team works together to get the both of them out safely. It looks like our fearless pilot will live to see another day.

Within a matter of minutes, the team hears a sound that they hadnâ€™t heard in weeks, civilization. A small plane is overheard to check on the disturbance. The team must work quickly to get a message to the plane from way down below on the island. Team Scorpion wastes no time getting back into their rhythm, and they find a way to burn a bright fire into an SOS; well, they only got the first S lit. The plane leaves, and it looks like their plan failed. Paige tries to boost morale saying that sheâ€™s proud of the way they came together. She doesnâ€™t have to waste any more breath because the plane did see their signal, and Team Scorpion is going home.