The Flash is back exactly where the previous season left off. In the premiere, â€œNora,â€ we get to meet Nora West-Allen, the daughter of Iris West-Allen and Barry Allen, and we get to figure out why in the world she is there.

The Flash has always been a show thatâ€™s been carried by the relationships amongst its cast. Sure, the villains usually weave interesting stories throughout the fabric of the show, but the show has always been about the adversity Team Flash has to face. Throwing in Nora West-Allen (XS) is actually quite intriguing. She brings about a more childlike demeanor than Jessie Quick, while being far more interesting than Wally West; weâ€™ll get to that a little bit later.

Nora is nearly a carbon copy of her father, Barry Allen. We quickly learn that she enjoys the same ice cream from the same ice cream shop as him, seems to value family in the same way, grew up without her father and even took a chance of completely altering the timeline for selfish, yet admirable reasons. Since Barry is usually intuitive, he catches on that when she is talking with the group talks about living with Iris, but there is no mention of Barry. With the help of Gideon, we get to see that Barry has been missing for over 25 years. Missing all of Noraâ€™s â€œfirsts.â€ Not too dissimilar to the way Barry grew up without his mother after her death at the hands of Thawne and his father for being in jail for her supposed murder. So, that is why Nora came back. She couldnâ€™t help the idea of spending all this time with her father. 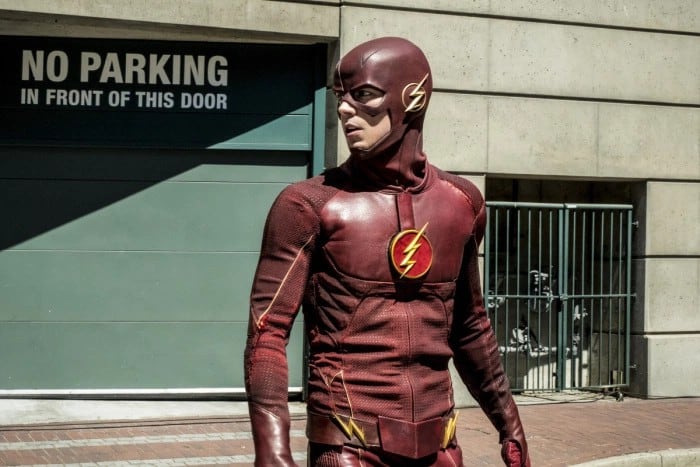 The first question is easy to ask, â€œWhat about the timeline?â€ It is brought up multiple times with varying excuses. Theyâ€™re going with the excuse that certain events are â€œsoftâ€ events. The Legends explained to Wally that these are events that can be slightly altered with no strong influence to the timeline, whereas there are others that are â€œfixed.â€ If youâ€™ve watched any episode of The Flash, youâ€™ll understand to take the whole â€œtimelineâ€ with a grain of salt. Sometimes it seems they are worried of doing absolutely anything, while other times itâ€™s not a big deal at all. The scene here which could have been great, but was eye-rolling, was when Iris is trying to get to know Nora. They go to Jitters and since they are worried about the timeline, Iris says that she can ask the questions and then Nora will blink twice if the question is true…what?! Their loosey-goosey nature with the timeline is just one of those things that you just kind of have to laugh-off because it doesnâ€™t seem like it is ever going to make sense.

The setup with Nora staying is definitely treading some well-known storybits, but I think it can work with Barry being a teacher and should provide for some nice familial storylines.

As always happens, we do have a â€œmonster-of-the-week,â€ which in typical fashion, is a pretty throwaway character in Gridlock. The idea behind him is pretty neat. He is able to channel kinetic energy, becoming more powerful with more force and movement. This, of course, makes Barryâ€™s initial attacks useless. It isnâ€™t until there is an exhilarating scene where the three speedsters, Barry, Nora and Wally, must vibe a plane through buildings and safely land it in the harbor. Barry retelling the wisdom bestowed upon him by Wells to Nora was a nice moment between the two. Again, Wally is left with…well…nothing.

Wally has always seemed to be an in-between character. Right when you think we are going to get a series of nice episodes with him, heâ€™s gone. It appears that isnâ€™t changing anytime soon as they already laid out a scene for his departure in this episode.

This episode did deal heavily with the Allens, but we also got the start of what will become a huge plotline for Caitlin Snow. Ralph Dibney did some detective work after he learned that Caitlin still doesn’t have her powers. He used some of his contacts and found a report that showed that the man who signed off on Caitlinâ€™s fatherâ€™s death certificate doesnâ€™t exist, perfectly sparking Caitlinâ€™s interest in getting Killer Frost back by getting info from her father.