In â€œFallout,â€ we see the continuation of the reveal of the President being an alien. Supergirl must find a way to rally the people not only of National City or the US but of the entire planet. Of course, Agent Liberty is using this to fuel the people who have been hurt in some sense by aliens.

President Marsdin must resign. She knows that sheâ€™s in violation of the constitution and holding on would only delay the inevitable. Supergirl is frustrated as the President has done so much good, but thereâ€™s nothing left to do. At the White House, Supergirl sees the start of the unrest in their country. What was a peaceful protest quickly turned violent when the two sides turned on one another. Thankfully, Supergirl was able to break it up before anyone was seriously injured, but itâ€™s clear that this is only the beginning of seeing this country and possibly planet as being divided.

This unrest isnâ€™t just felt at the nationâ€™s capital. Back at the DEO, some of the agents are fighting each other. One side wonders why the President isnâ€™t in one of their cells, while the other side argues that the President hasnâ€™t caused physical harm to any humans or any other aliens. Director Danvers quickly puts out the flames and reminds everyone that they have a job to be doing, but the unrest wonâ€™t stop there. 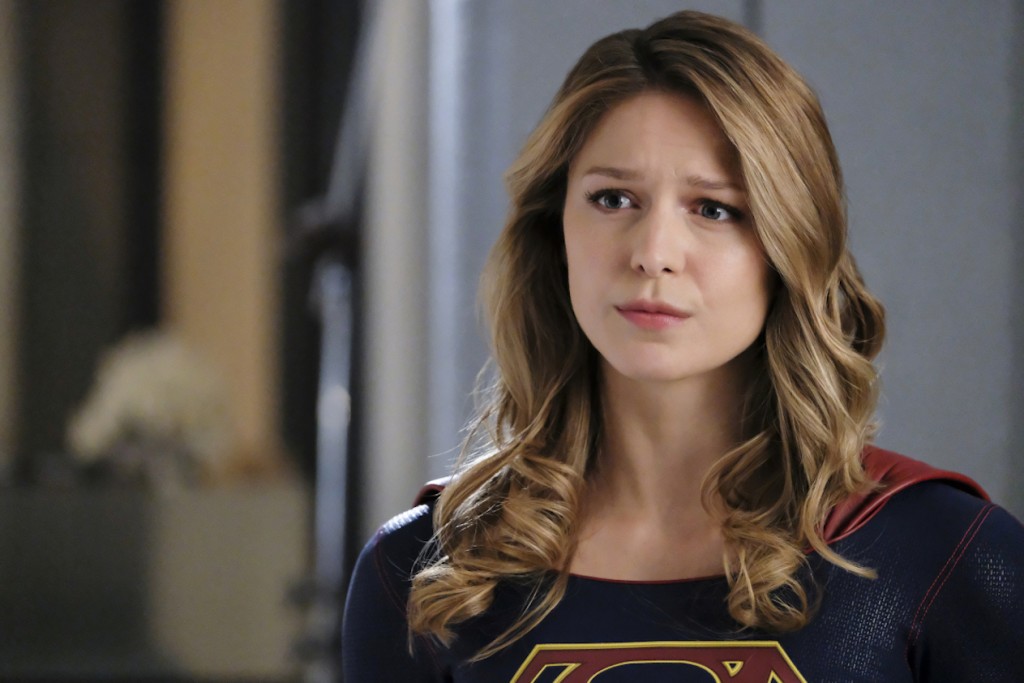 Mercy Graves is still out there, and her agenda continues. Now that the President has resigned, we start to see the next step in her plan with the highly camouflaged Agent Liberty. Mercy breaks into L Corp to steal some kryptonite as well as an L Corp laptop. Agent Liberty doesnâ€™t want Mercy to kill Supergirl as that would just make her a martyr. Mercy then turns to the laptop.

Brainy decides to make a pizza run for everyone at the DEO at the same time that cub reporter Nia Nal decides to wander into the pizza shop looking for coffee. Of course, it is odd that Nia would come to the pizza place as Iâ€™m sure there are plenty of coffee shops around, but nevertheless, she ends up being in precisely the right place at the right time.

Brainy is ordering a dozen pizzas, and the man gladly accepts his order, that is until Brainyâ€™s image inducer malfunctions and reveals his true alien form. The pizza store owner physically recoils at Brainyâ€™s true identity and refuses to give him the pizza. Brainy is confused; heâ€™s ordered from this shop plenty of times. He even assumed that he and the pizza shop owner were friends, but the pizza owner is angry at his alien form. Nia stands up for Brainy and gets the pizza shop owner to give Brainy at least half of his pizzas. Brainy seems genuinely relieved that someone stood up for him and even wants to get to know Nia better.

While Brainyâ€™s image inducer was being hacked, Lena and Kara were working to stop Mercy from hacking into any of the other image inducers in the world. It works temporarily, but Mercy wonâ€™t stop there. Sheâ€™s coming directly to the L Corp main frame to wipe out the image inducers completely. We get some hilarious moments where Kara tries to leave Lena and become Supergirl. We also get a quick look at Lenaâ€™s inventions for Lexâ€™s supersuit. In the end, Supergirl and Lena are able to stop Mercy and get her into custody.

Back at the Daily Planet, Nia thinks that James Olsen, as the Editor in Chief of CatCo, should take a stand. James reminds Nia that their readers know that they support alien rights, but Nia thinks he should do more. She reveals her truth; she is a transgender woman who knows what it feels like to be attacked for who she is. While we have yet to see if James released an editorial, he does address his employees after seeing an alien being bullied. He reminds them that ignorance is their enemy, not each other.