Arrow gives us our first look at â€œThe Longbow Hunters,â€ a trio even more deadly and scary than the League of Assassins. Plus, the future timeline with William and older Roy continues, and Felicity is back with the team in Star City. But, Oliver is still in prison, and it doesnâ€™t look like thereâ€™s a plan to get him outâ€¦ yet. Iâ€™m still holding out hope.

Felicity is back in Star City, sans pink hair even though I rather liked it on her. It isnâ€™t long before sheâ€™s back in the thick of it, this time with Argus in tow. The Longbow Hunters steal a battery that Argus soon realizes could be used as a weapon taking out the entire city, but the Hunters would need to steal another piece in order to weaponize the battery.

Argus goes after the Longbow Hunters to try and intercept them from stealing the weapon on a moving train because why not. The train scenes were phenomenal, and who wasnâ€™t sad to not see the Green Arrow swinging around. Argus noted that there were three heat signatures assuming that meant all three Hunters were there. What they didnâ€™t realize is that one of the Hunters stayed behind, and Diaz was actually on the train. In the end, Diggle had to make a decision, go after Diaz or protect the weapon and battery and most likely everyone in Star City. Felicity realizes then that she canâ€™t work with Argus if taking down Diaz isnâ€™t their number one goal. 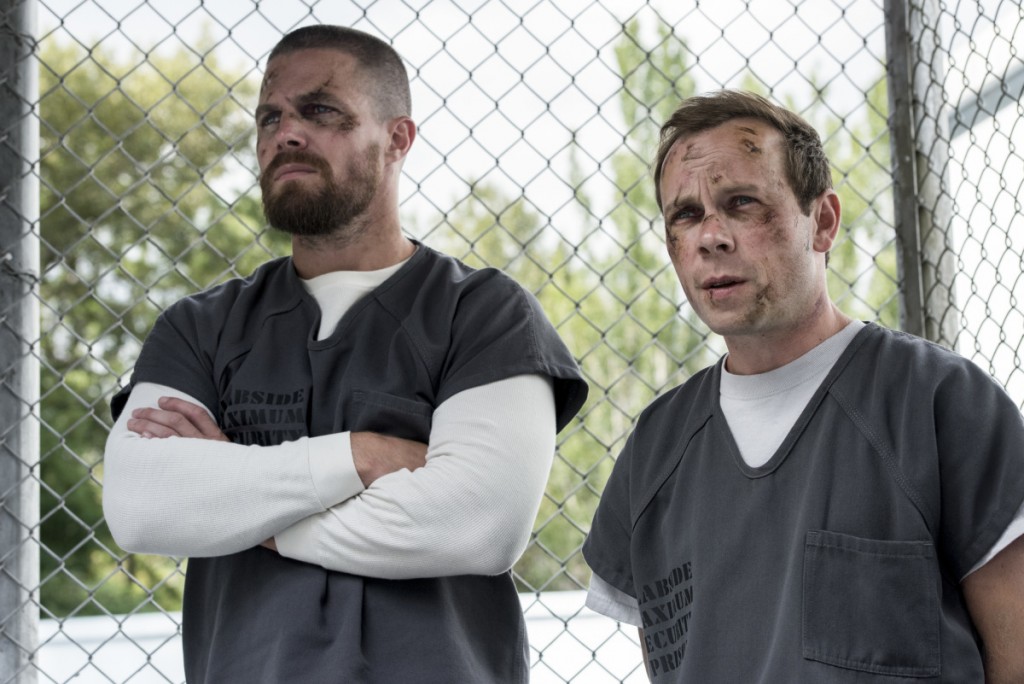 Laurel and Dinah have had a very troubled relationship. Itâ€™s impressive that Dinah can handle being in the same room with the woman who killed the love of her life. But, people evolve and can change, so it seems that Dinah is slowly giving Laurel a chance. Well, if anything, sheâ€™s not about to let the new District Attorney die on her watch (especially as a Captain in the police force).

Dinah wants Laurel to accept police protection since Diaz is back in Star City, but sheâ€™s too tough to accept. Dinah realizes that sheâ€™ll just have to do it herself. She follows Laurel to an abandoned building that Diaz purchased after joining the Quadrant. One of the Longbow Hunters shows up, naturally the one who can dampen all sounds having a detrimental effect on the Black Canary and Black Siren. Dinah and Laurel had to work together to defeat the Hunter and escape with their lives.

Meanwhile, Oliver has been in his own world in prison. Heâ€™s out of solitary and still ready to fight back. Diaz went after his family, and heâ€™s not about to let that slide. He goes to Brickwell knowing that he will have some sort of information for Oliver. Of course, Brickwell isnâ€™t going to just offer the information. Instead, he wants a guard gone. Oliver knows that there are plenty of ways to get rid of a guard without killing him. In the end, Oliver acts like the guard stabs him, and it looks like thatâ€™s the last they will be seeing of him. Unfortunately, it looked like the guard was fairly innocent; he may have been a jerk, but there was not reason to ruin his life other than getting the information from Brickwell.

I have been enjoying seeing these flashes into the future. With Arrow, we spent years looking at Oliverâ€™s past, so this is a welcome change to the format that we loved for so many years. William is still on Lian Yu with older Roy, wondering why the rock given to him by Felicity led him here in the first place. William lets slip that Oliver and Felicity left him. Itâ€™s unclear what that means, but Roy seemed puzzled to hear this news. In the end, Roy knows exactly what the rock is supposed to do and leads William to Oliverâ€™s Green Arrow box on the island. Roy uses the rock to open up a compartment on Oliverâ€™s bow, but Roy takes out the piece of paper and immediately burns it. He just mysteriously tells William that they are going back to Star City.