I feel like I keep saying this, but Doom Patrolâ€™s â€œDanny Patrolâ€ may have been the strangest episode yet. We see Agent Wilson headed onto Danny Street in a strange town in the middle of nowhere. The town seems to know Agent Wilson, as the leaves in the road spell out â€œWelcome Friend.â€ And just as Agent Wilson is about to enter a show, the town disappears with the agent still inside. The rest of his team watched as their colleague is swallowed up whole.

Enter, the Doom Patrol. A cake arrives from Dannyâ€™s cakes. Danny Street should be in Springfield, Ohio, but Vic canâ€™t find it on a map. Someone there might know something about Niles, so Vic and Larry go searching for Danny Street. When they find the town, it seems like the town is talking to them. They soon realize that Danny is the street; the street is alive. Danny takes in the outcasts of the world and keeps them safe. But Danny is in trouble. Someone is trying to hunt down Danny Street and ruin their little world.

The Bureau of Normalcy is a group inside of the DoD, Department of Defense, who are trying to take out Danny Street. Agent Wilson was one of theirs before Danny Street took him. But when Vic and Larry look closer, they realize that Agent Wilson found his place on Danny Street. He chose to stay and protect Danny from the Bureau of Normalcy. When Larry hears who is after Danny, he wants nothing to do with this mission. Larry knows who the Bureau is, and letâ€™s just say he isnâ€™t a fan. 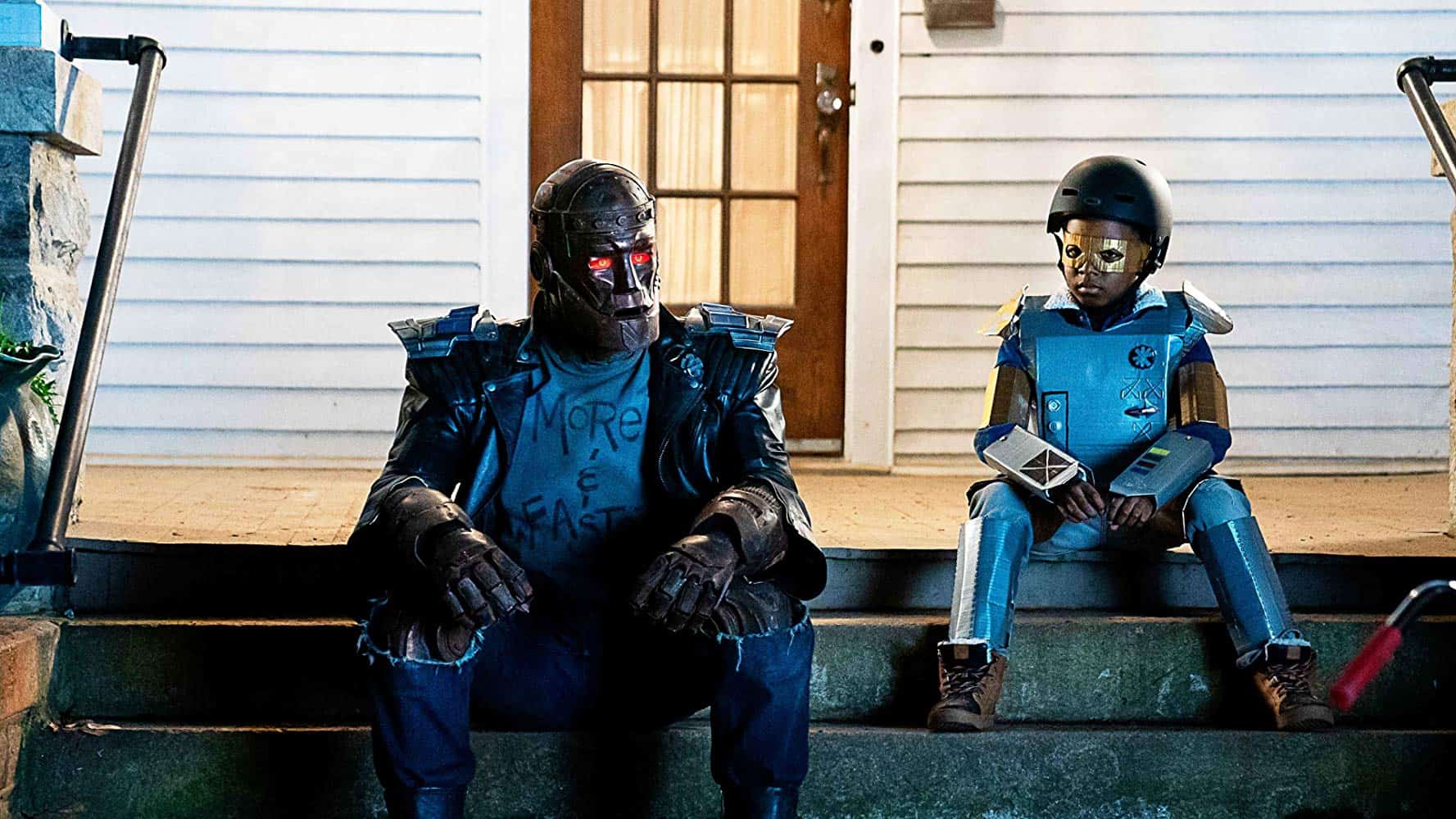 Larry loses his fight once he learns that the Bureau is after Danny. Agent WIlson, or should I say Maura Lee Karupt, explains that Danny Street survives when the residents are having fun. If the party stops, then Dannyâ€™s heart stops. For a moment it looks like Larry is going to start singing, allowing Danny Street to thrive. His show brings the people together! And then the dream is dead; Larry was only imagining the performance. I do tip my hat to Matt Bomer who put on a heck of a performance for Danny Street even if it wasnâ€™t real.

Danny decides that itâ€™s time to stand up to the Bureau. They are all tired of running, and the fear is killing Danny Street. The residents of Danny Street come together to face off against the Bureau. The lead agent is shocked to see his former partner as Maura Lee Karupt, but Agent Wilson is finally able to be who he wants to be. Larry tells the Bureau that Danny Street is off limits and that Captain Trainor says hello. The Bureau eventually leaves, but is this the last that weâ€™ve seen of them?

While Danny Street was one of strangest characters weâ€™ve seen so far, Crazy Jane lets out another equally strange personality. The new to us personality, Karen, calls Rita to tell her that sheâ€™s having a little thing at Dougâ€™s place. Rita understands immediately that Karen has come back. Karen is obsessed with rom coms from the 90s and is hopelessly in love with a man named Doug.

Cliff and Rita attempt to get Jane back, but Karen is here to stay if she has anything to say about it. Karen is so happy to see her best friend, Rita, but Cliff creeps her out. Cliff stays outside of Dougâ€™s house, while Rita tries to ask Karen to slow down with Doug. Instead, Karen proposes to Doug. His family is furious because they donâ€™t like Karen, but donâ€™t worry, Karen can fix this. It appears that Karen has a power of influence and was able to turn the whole thing around. Now theyâ€™re ready for a wedding!

While Cliff is waiting patiently outside, we get one of the best scenes so far. He has a robot dance off with a kid in a robot costume. No explanation needed, just pure joy. When Rita doesnâ€™t think that Karen should go through with the wedding, Karen brings Rita under her spell as well. Karen asks Cliff to walk her down the aisle and tries to influence him, but it doesnâ€™t work. Cliff doesnâ€™t want to allow Karen to be married unless she gets permission from Jane. Jane does come back out, but she is nonresponsive. Well, I guess the wedding is off?