This was the episode of Doom Patrol for which Iâ€™ve been waiting. It has been clear from the beginning that Jane has serious trauma in her past. The trauma caused her personality to fracture into 64 pieces. After Karen has had her fun on the surface, Jane is supposed to return. When she doesnâ€™t, all 64 personalities are in the underground.

In the underground, we see Hammerhead dragging Karen back down. Some of the personalities look like Jane, but many of them donâ€™t. I actually appreciated that later in the episode, they acknowledged this but also just said itâ€™s unclear why only some of them look like Jane. Letâ€™s be real; is this really the part that isnâ€™t believable? When the rest of the personalities realize that no one is on the surface, they get angry with Jane. There are rules, and Jane is the one who stays on top. Pretty Polly wants Jane to do her job. She warns Jane that â€œthe more things remain out of balance, the more they are all vulnerable.â€ Jane agrees to go back to the surface, but on her train ride back, she convinces the train driver, Driver 8 to help her stay a bit longer.

Back at the mansion, the Doom Patrol has no idea what to do about Jane. Rita just keeps trying to talk to her, but that only frustrates everyone else. Vic wishes they could just shrink down like the Magic School Bus and go inside Janeâ€™s head. Well apparently, the Negative Spirit can do something like that. He comes out of Larry and sends Cliff into Janeâ€™s mind. 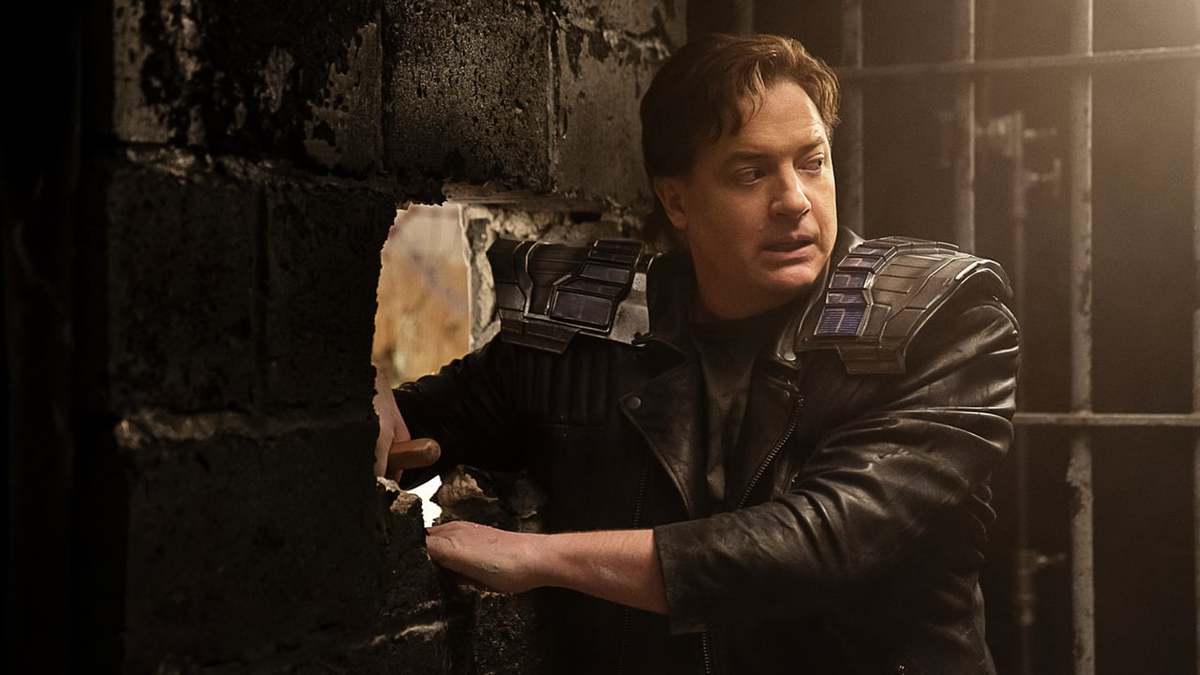 Cliff gets to the Underground, and Driver 8 sells him out to Hammerhead and Driller Bill who immediately beat Cliff up and lock him in a cell next to Karen and Jack Straw. Meanwhile, Jane is strolling around the Underground and finds a memory of a beautiful lake with flowers and sunshine. When Penny Farthing shows up, Jane asks whose memory it is. No one seems to know, and Jane doesnâ€™t stay long. She finds The Sisters, a three headed woman who tells Jane to go deeper, to go to the well.

After having a riveting conversation with Karen about his â€œgrand romantic gestureâ€ to rescue Jane, Cliff realizes that the prison walls arenâ€™t exactly indestructible. He works his way through with the help of a pick from Jack Straw and extra help from Penny Farthing on the other side of the wall. She tells Cliff that Jane is in trouble and wants to lead him through the Underground before Jane visits the well. Cliff and Penny find an early memory of Kay Challis, but Kay says that her name is Miranda. Miranda was once a primary like Jane. Was she the first? Miranda threw herself in the well, and there doesnâ€™t seem to be anything but death in Mirandaâ€™s Station.

Cliff and Penny find a memory of Jane talking with Cliff. He doesnâ€™t understand why itâ€™s so deep in the underground. Shouldnâ€™t it be a happy memory? But, Penny says that this memory is when everything went sideways for them. Cliff gave Jane hope. Cliff and Penny catch up to Jane, but Jane only wants Cliff out of her head. She doesnâ€™t see the point in coming back. Cliff lets Jane go only to follow after her. He tries to give her some space, but heâ€™s still going to try and save her. Penny leaves Cliff once thereâ€™s only darkness left in the Underground.

Jane finds Kay Challisâ€™ childhood home. She sees a memory of Kay working on a puzzle. The puzzle is a beautiful lake on a sunny day. It looks like we found the mystery memory. Jane is trying to ask Kay who she needs her to be. Jane isnâ€™t sure that she wants to keep trying. But when Kayâ€™s dad comes for her, Jane goes with him instead. While Cliff works to follow Jane, he canâ€™t seem to pass Black Annis because she says that no man can pass. Cliff realizes that he is no longer a man, and he returns to his robot form in the Underground. Cliff knows that heâ€™s not a man anymore, but he was a lesser person when he was a man. Black Annis lets him pass.

Jane is at the edge of the well when Cliff arrives. Cliff pulls her away from the well as a giant being emerges. Itâ€™s her father. Jane says that no one can fight daddy; heâ€™s too strong. Cliff tries to tell Jane to run as the father attacks him. Jane decides to stand up to him once and for all. She screams at her father that she will not let him destroy Cliff. The most important thing that she says is that she is no longer afraid of him. This sends her father back into the well, and Jane and Cliff can safely return to the surface.