Diaz is still causing mayhem, but this time Felicity and the team are closer than ever. Felicity turns to Agent Watson with the FBI in the hopes that her goal will be to catch Diaz no matter what it takes. Oliver is still trying to figure out a way to get to Diaz from inside prison, and he has to deal with Brickwell to get the information.

Agent Watson isnâ€™t exactly thrilled to see Felicity in her office asking to be let in on the Diaz investigation. Watson reminds Felicity that her deal with Oliver doesnâ€™t make them allies. She wants to handle Diaz according to the law. But Felicity isnâ€™t going to take that lying down, so she bugs Watsonâ€™s office. Watson gets intel that Diaz is looking to break into the CDC with the Longbow Hunters.

Felicity uses this intel to figure out that Diaz is after a compound. She comes up with a plan to trap Diaz inside of the CDC, but she needs Watsonâ€™s help. Watson agrees to help and allows Felicity, Rene, and Dinah to watch her back. If only the plan were executed as easily as it sounded. Unfortunately, one of the Longbow Hunters they have dubbed Silencer has found a way to block Felicityâ€™s signal. She canâ€™t lock Diaz into the CDC without taking Silencer out of the equation. 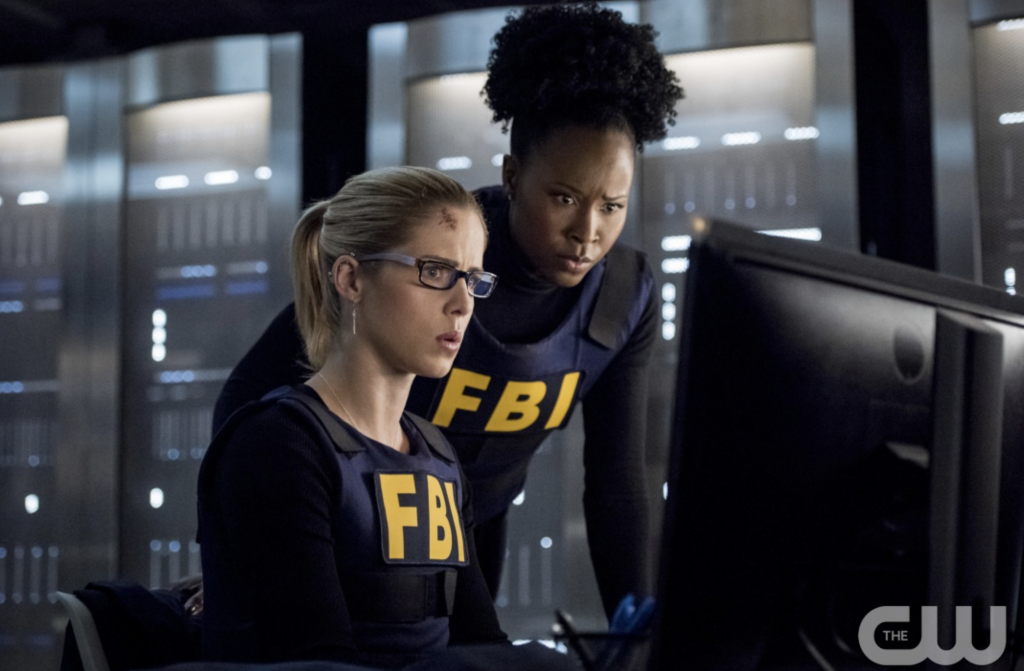 There wasnâ€™t enough firepower to take out Diaz, and he escapes with the compound. Rene has Silencer in his sights, and Felicity begs him to do whatever it takes to capture her. Sheâ€™s their only link to Diaz. Felicity decides to not let the FBI in on this and tells Watson that Silencer escaped with Diaz. Rene and Felicity have Silencer, but now what? Theyâ€™re going to need some sort of help, assuming they get any information out of her.

Back in prison, Oliver took care of the guard for Brickwell, even though it wasnâ€™t exactly what he had in mind. Brickwell is ready to hold up his end of the deal. He arranges a meet between Oliver and â€œthe demon.â€ All of the information goes through this mysterious person, but Brickwell has a plan for their meeting. Unfortunately his plan isnâ€™t to let Oliver meet the demon. Heâ€™d much rather Oliver be dead, and he sends Turner to kill him.

Thankfully, Oliver isnâ€™t that easy to kill, and he forces Turner to take him to Brickwell. Brick was happy to have that guard out of the way because now they can have some real fun. Oliver was right. The guard was completely innocent; his only flaw was actually following the rules. Now, it appears that the other guards are more than willing to let Brick have his fun. Naturally that means a fight club in prison. Did anyone expect something different? 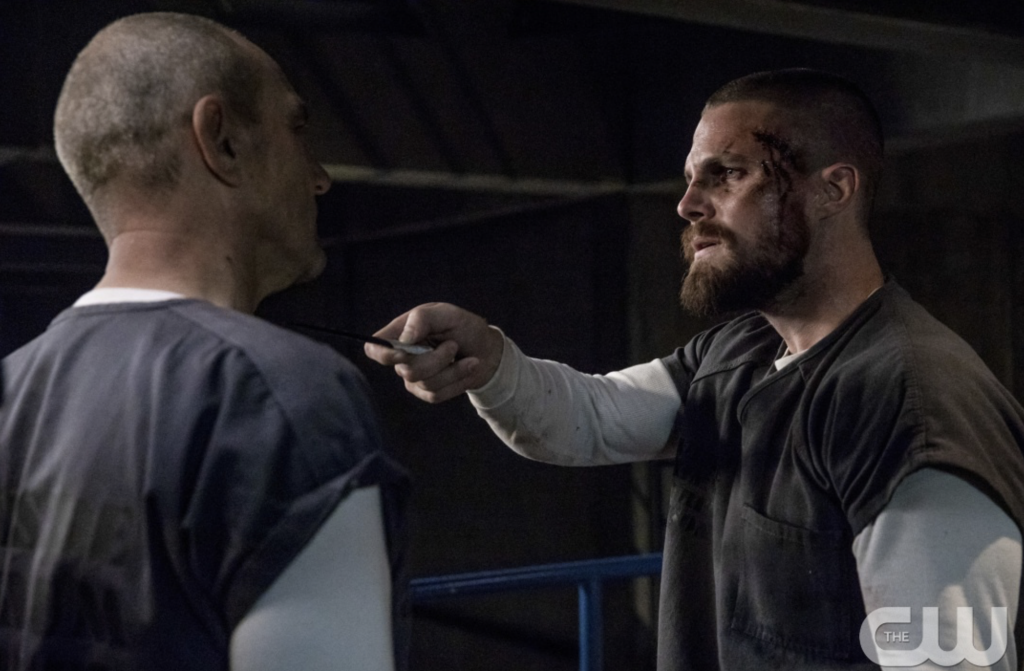 When Oliver gets into the fight club, he has to get past their champion, Sampson. Their fight worked in Oliverâ€™s favor the first time, and heâ€™s not about to let it go the other way. The fight ends quickly, with Oliver victorious. Brickwell is still the one laughing because the demon isnâ€™t here. Heâ€™s on level two, where the worst of the worst are. Oliver isnâ€™t that kind of person, so how is he going to get there? Well we know that Oliver will do anything for his family, so he stabs a bunch of guards in order to get sent to level two. Brickwell lets him know that the only way out of level two is through the morgue. It will be interesting to see what level two looks like. Is the demon someone the Green Arrow has faced before? I hope we see some more familiar faces while Oliver is in prison.

Diggle and Lyla are doing really well working together. They always did enjoy the thrill of the job. Diggle and Lyla are in Switzerland with Curtis working to get intel on a bank that plenty of criminals use. They get the data, but Curtis realizes that someone made a copy of the data. Lyla tells Diggle that itâ€™s not what he thinks. She stumbled onto something big, a lot of money changing hands. No one would listen to her, so sheâ€™s going off book. We didnâ€™t really get any more information, so only time will tell what Lyla has found.