Oliver manages to get past the initial round of entering Level 2 in prison. Next step is meeting the demon. When Felicity canâ€™t visit Oliver, she goes to an unlikely source for help. Plus, Diggle and Curtis work with Argus to take down an arms dealer, and Curtis struggles with going out in the field.

Dr. Parker finally clears Oliver to phase 2. Thereâ€™s no visitation in Level 2, so Oliver will no longer be able to see Felicity. He is told to just forget anyone on the outside. Oliver gets a device strapped around his wrist to keep him in line, and he is released out with the other inmates. It doesnâ€™t take long for Oliver to see what the wristlet does; itâ€™s a device that shocks the prisons to prevent them from disobeying.

Oliver canâ€™t seem to find the demon until someone ends up in his cell in the middle of the night. Naturally, the demon is a familiar face. Iâ€™m not going to lie; I did a little bit of a facepalm when Talia Al Ghul revealed herself as the demon. Could they have given us a bigger clue? In any case, neither Talia nor Oliver were particularly thrilled to see the other, and Oliver hadnâ€™t even known that she had survived the explosion on Lian Yu. Talia reveals that she only survived because of a drug that Diaz gave her. Talia is disappointed with Oliver because she taught him to separate the man from the monster. Now, she wants Oliver to help them both escape. 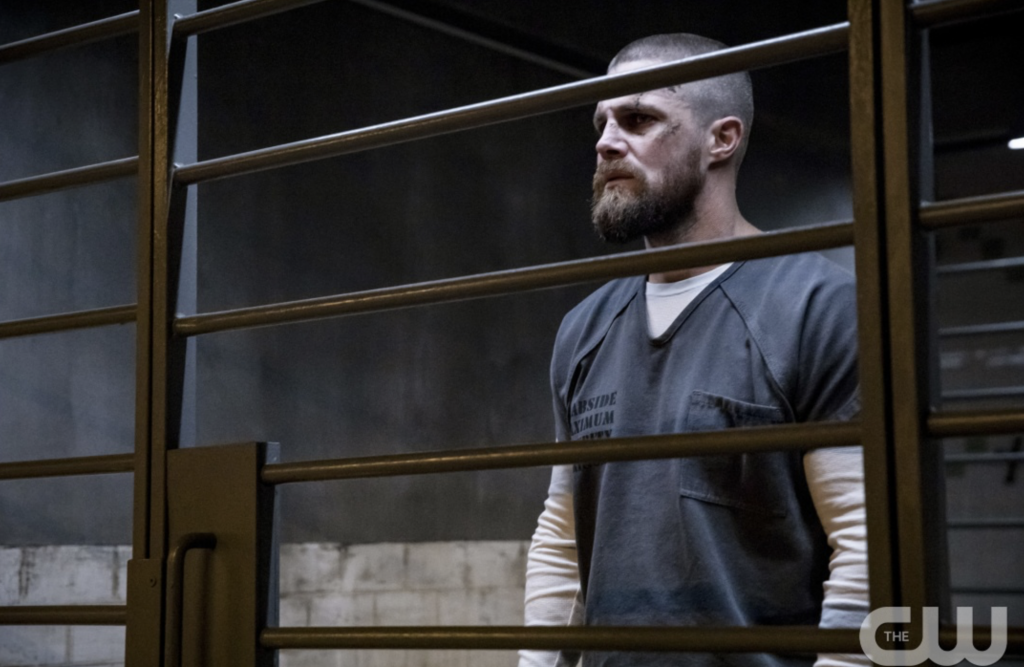 As part of the plan, Oliver asks to see Dr. Parker. He says that heâ€™s having a relapse. Dr. Parker believes that heâ€™s breaking new scientific ground. He thinks the world could be a safer place with his science. When Oliver fights back saying that people are dying, Dr. Parker just believes thatâ€™s the old Oliver, the one who would sacrifice himself for strangers.

Well, it looks like they didnâ€™t get rid of all of Oliverâ€™s tendencies. Oliver and Talia work to get out of Level 2 and prison all together. Oliver clears the way for Talia to escape, but he knows he canâ€™t go on the run. He isnâ€™t about to put his family through that. Instead he gives Talia something to get to Felicity. Of course, when Talia escapes, she runs straight for Dr. Parker. He doesnâ€™t stand a chance against the demon and is dead within seconds. 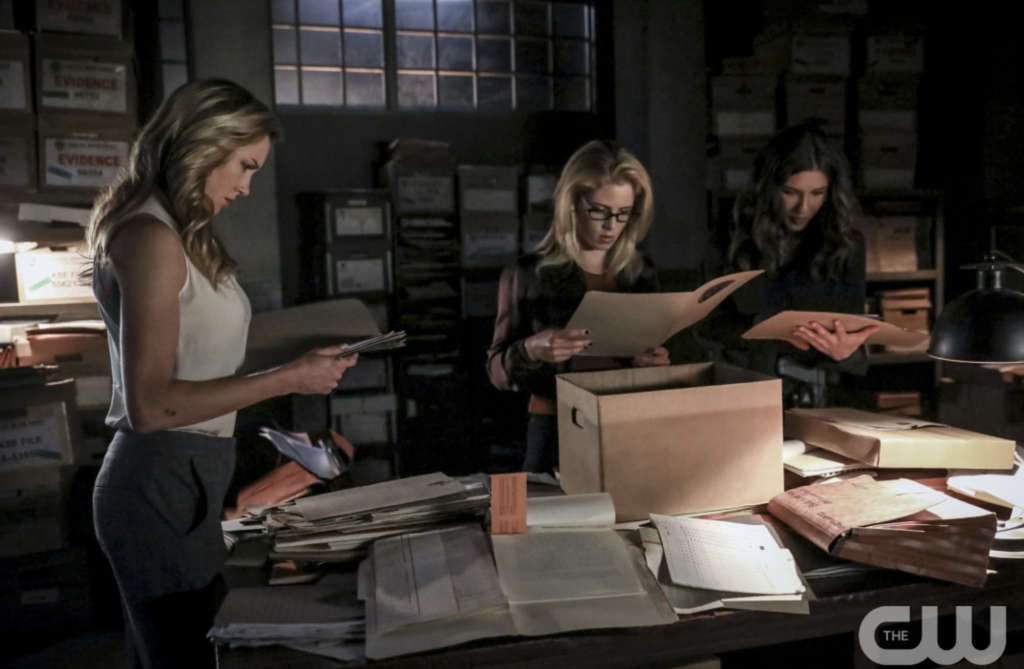 Felicity tries to see Oliver on more than one occasion and is turned away. Oliverâ€™s friend, Stanley, tells Felicity that Oliver got sent to Level 2. Felicity decides to look to an unlikely ally for help, District Attorney Laurel Lance. Laurel helps Felicity to research Level 2 and figure out what happened to Oliver. They find a file on Dr. Parker and see research that he conducted where he essentially erased patientsâ€™ minds in order to â€œcureâ€ them of their violent tendencies. When they realize that he could be doing this to Oliver, Felicity does everything she can to save her husband. Felicity receives the data from Talia, and her and Laurel use the information to get Level 2 shut down. But, Laurel understands that they can use this information to overturn Oliverâ€™s conviction. He could actually be getting out because of this mess with Level 2.

Meanwhile, Curtis is doing well working with Argus, at least until Diggle wants him to do some undercover work. Curtis hasnâ€™t gone out into the field since his days as Mr. Terrific, and heâ€™s scared and frustrated. That kind of work caused him to lose everything, and heâ€™s just not ready to dive back in. Diggle doesnâ€™t believe that Curtis is done, so back into the field he goes. Not only does Curtis take down the bad guys, but he also disables a bomb while in the field. It looks like maybe Curtis isnâ€™t done after all.