Now that the eye has opened in the sky, the Doom Patrol are on the clock to save the world. How much time do they have? No one knows, not even Kip who hilariously jokes that they have 19 minutes before yelling that he has no idea. But, have no fear because Mr. Nobody is back, and he is not ready for the world to end. He has too many plans to have the Decreator destroy everything.

Mr. Nobody works with the Chief to develop a plan to save the world. Mr. Nobody wouldnâ€™t be much of a villain without a planet on which to wreak havoc now would he? Niles says that they need to build a religion to battle the Decreator. Mr. Nobody breaks the fourth wall by pointing out that he will have to comb through a bunch of flashbacks for this plan to work. Niles knows just who to use to build this religion, one of Crazy Janeâ€™s personalities, a Dr. Harrison.

In 1977, we find Jane in New Jersey in a mental institution. The doctors and nurses at the institution are less than welcoming. Crazy Janeâ€™s first identity was Kay Challis, but she doesnâ€™t want to be Kay anymore. When the doctor asks her about Kay, we see a new personality emerge, Dr. Harrison. The good Dr. Harrison has powers of persuasion and is able to turn her therapy around on the doctor. She almost convinces the doctor that he can stab himself in the eye before a voice interrupts her. Mr. Nobody is challenging Dr. Harrison to use her powers of influence to stop the Decreator. He tells her that she must convince people of the Recreator, the only thing that can stop the end of the world. 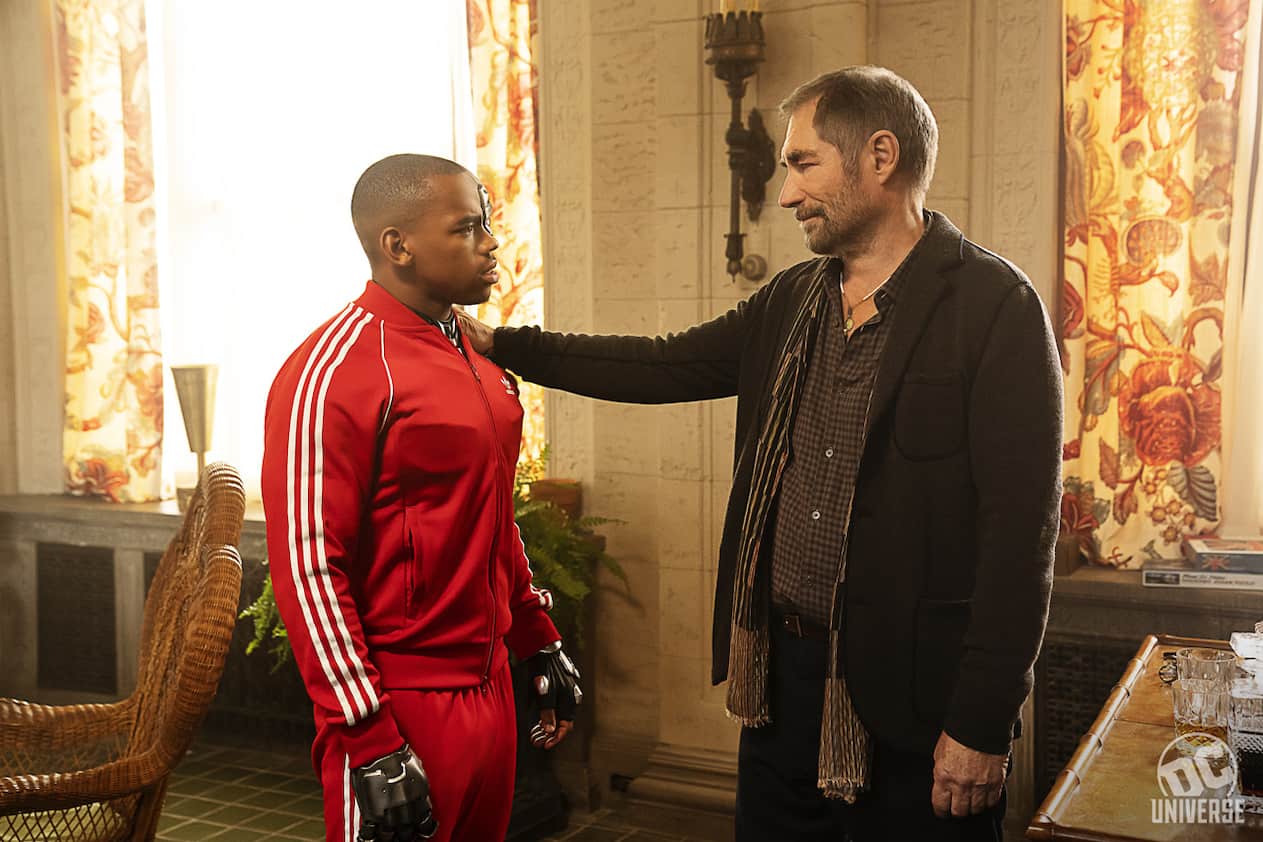 Somehow this plan is just crazy enough to work. Dr. Harrison begins to work her powers of influence, but the only people she can influence right now are other mental patients. They have some ideas on how to build this religion. Dr. Harrison begins with the rewritten book. She says that it will be on a young boy, but the patients have some concerns with this. They want the rewritten book to be on a dog becauseâ€¦ wellâ€¦ why not? Also, why would they allow the rewritten book to be so easily read? They propose the words be written in invisible ink. They can only be read at the sound of a bell ringing. Dr. Harrison gives the task to a woman named Marilyn. When the time comes, Marilyn is to find Dr. Harrison and remind her to ring the bell.

Meanwhile, Niles returns to the mansion to fill the others in on his plan with Mr. Nobody. Everyone is obviously confused and wonder how he could work with the supervillain, but the end of the world is at stake. So, they band together to find this rewritten book, in hopes that the religion Dr. Harrison created is in place. The blue horse oracle woman has trouble at first finding the rewritten book, but Dr. Harrison eventually gets the religion in place. They are ready to unleash the Recreator.

Of course, letâ€™s not forget that Cliff and present time Crazy Jane are still stuck in Nurnheim. Now that Dr. Harrison has convinced the other patients of the Recreator, Marilyn winds up in Nurnheim to remind her to ring the bell. Crazy Jane is confused at first until Dr. Harrison comes out. When she rings the bell, a second eye appears in the sky. The Recreator is here to save the day; the Recreator is able to bring back everything the Decreator had destroyed. The world is safe for another day.

I thoroughly enjoyed meeting Dr. Harrison and seeing more from Crazy Janeâ€™s personalities. It was also nice to see a little bit of growth from our other characters as well. Rita felt responsible for Elliot, who was destroyed by the Decreator. Itâ€™s unclear whether or not the Recreator was able to bring him back, but Iâ€™m hoping we will continue to see Rita come out of her shell. Also, Larry was able to talk with Niles briefly about the spirit inside of him. He mentions that everytime the spirit leaves him, he sees everyone he has ever loved hurting. Niles asks if he has ever said this to the spirit. Iâ€™m not sure if Larry and his spirit will ever be on speaking terms, but it would be cool to see them working together at some point this season.