Stadia, Googleâ€™s streaming â€œplatformâ€ has been revealed at GDC, and it certainly has potential. By intertwining within the YouTube community, the reach and ability of the platform cannot be understated.

Stadia seems to bridge the gap between viewer and content creator. Watching your favorite streamer on YouTube and want to get in a game with them? Convenient lobby cue button right there for you to do so. Donâ€™t actually have the game? No problem. The game can (or will be able to) stream to any device ranging from your tablet to a PC. No downloads. No updates. All you need is an OS which runs Chrome and you are set. Since all data is being processed on Googleâ€™s servers, with the help of custom chips developed in a partnership with AMD, graphical fidelity will persist no matter the platform. It was noted that 4K, HDR and 60FPS is a reality with games running on Stadia as was a benchmark set by ID for its upcoming Doom sequel, Doom: Eternal. The controller is a remix of a PS4 and Xbox controller with symmetrical sticks and the d-pad slightly above and to the left of the left stick while utilizing the a-b,-x-y face-button scheme.. 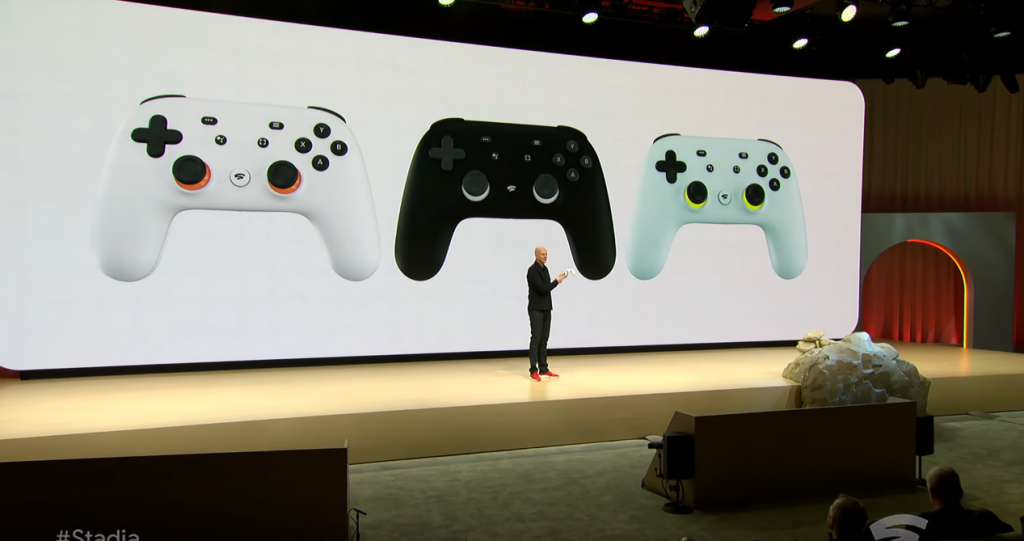 With Google providing complete support for the platform and future developers, flexibility is what looks like a selling point for the platform where cost wasn’t mentioned. Google showcases the ability to have other teammates screens overlayed on yours (think of PiP on a TV) and being able to get help for a difficult section via Google Assistant with the video directly overlaying your screen. State Share also allows for the ability to save a specific game state, such as a clutch moment in a single player game, and share it with others to live in your game experiences.

Itâ€™s hard not to take everything said with a grain of salt. Companies have come and gone with the promise of being able to stream high fidelity games with quality matching its console counterparts and, just as importantly, low latency. None have succeeded, but this is Google we are talking about. They have enough money and technical know-how to have the ability to change the gaming landscape. It will be interesting to see how the console manufacturers will respond, namely Sony and Nintendo since Microsoft seems like it is trending further and further from a typical at-home console. But, many questions remain before we have any idea as to how successful this platform can become.